It was simply a matter of time… and that time has now come. In accordance with the civil authorities — and in concert with many hierarchs throughout the world — in order to limit the spread of COVID-19, our Archbishop Benjamin has announced that effective immediately in the Diocese of the West we hold no Divine Services or other gatherings in our churches for the time being.

This policy will be revisited and reviewed by His Eminence in coming weeks.

Until that time please know that resources — both virtual and otherwise — will be made available on this website for our Faithful to take advantage of in order to assist us in keeping our Christian life in tact during these very disturbing and trying times.

I cannot help but call to mind the many stories of Elizabeth the New Martyr, Herman of Alaska, Damien and Marianne of Molokai, and other saints who lovingly cared for those around them who had contracted infectious viruses or bacterial infections. And I ask the intercessions of these wonderful saints for us all at this time. And please know of my prayers for you and your loved ones. Finally, I ask you to join Daria and me in praying for those who have contracted the virus, for those who are at risk of infection, and also for healthcare professionals, government officials, epidemiologists and other scientists who are on the front lines of this battle.

There is an ever-growing number of persons from various backgrounds who are showing interest in the Orthodox Church. They are discovering the ancient faith and rich traditions of Eastern Orthodox Christianity — the mystical experience of God; the biblically-based world view; the beauty of worship; the strong continuity with the past; the foretaste of the Kingdom to come.

In our Western hemisphere, the Orthodox Church has developed a significant presence and witness for over 200 years — beginning in 1794 with the mission from Russia to Alaska (a journey undertaken by Ss. Herman, St. Juvenaly and others). As with the Holy Apostles of the first century, these missionaries carried with them a precious heritage and gift: they brought the ancient faith and practice, life and witness of the Orthodox Church to North America.

As heirs of that initial missionary activity, there are currently about 4,000,000 Orthodox Christians in the United States and Canada who attend one of the approximately 2,000 Orthodox parish or mission communities found there. From its humble beginnings back then and there in Kodiak to its distinctive presence here and now across the Western Hemisphere (and of course, in Hawaii) the Orthodox Church has become a beloved spiritual home.

When the Most Holy Spirit (in the form of a great, mighty, rushing wind and in the form of uncreated light) descended upon the gathered followers of Jesus, they were enabled to proclaim to the world the Good News of Jesus Christ, the Son of God.

The term “Good News” was used by the Gospel writers (especially St. Mark) to refer to Jesus’ teachings as well as his actions and his whole life story. In Greek (the language that the New Testament was written in) this “Good News” is called the “evangelion.” We get the word “evangelist” from the term. The Evangelists wrote the four Gospels: the books of Mark, Matthew, Luke and John.

Jesus’ final words to his followers (recorded in Matthew’s Gospel, Chapter 28) are these: “Go and make disciples of all nations, baptizing them in the name of the Father and of the Son and of the Holy Spirit…I Am with you always to the end of the ages.” (Mt. 28:19 – 20)

Over the centuries, the Christian community took care to articulate what it believed about God — all belief based on the Hebrew Scriptures (the Old Testament) and the specifically Christian writings (the New Testament). This articulation became formalized in a consensus document dated 325 & expanded in 381 called the Symbol of the Faith, or more commonly, the Nicene Creed:

We believe in one God, the Father Almighty, Maker of heaven and earth, and of all things visible and invisible. And in one Lord Jesus Christ, the Son of God, the only-begotten, begotten of the Father before all ages. Light of Light; true God of true God; begotten, not made; of one essence with the Father, by whom all things were made; who for us men and for our salvation came down from heaven, and was incarnate of the Holy Spirit and the Virgin Mary, and became man. And He was crucified for us under Pontius Pilate, and suffered, and was buried. And the third day He rose again, according to the Scriptures; and ascended into heaven, and sits at the right hand of the Father; and He shall come again with glory to judge the living and the dead; whose Kingdom shall have no end.
And [we believe] in the Holy Spirit, the Lord, the Giver of Life, who proceeds from the Father; who with the Father and the Son together is worshipped and glorified; who spoke by the prophets. In one Holy, Catholic, and Apostolic Church. I acknowledge one baptism for the remission of sins. I look for the resurrection of the dead, and the life of the world to come. Amen.

This statement was adopted throughout the entire Church and eventually put in the first person form, “I believe…” because initially, faith is personal —and only after that can it become corporate and communal. (The Creed is proclaimed liturgically when a person embraces the Church, when the community gathers for Holy Communion at the Divine Liturgy, etc.)

At the very center of our life we come together in the Divine Liturgy (the Holy Eucharist), normally celebrated on Sunday mornings. It is in this common work of the Liturgy that we, the Church, become the Body of Christ and the Temple of the Holy Spirit. In this common work of diverse people from many backgrounds and ways of life, the Church brings God to the world — for the life of which, God gave his Son.

We invite you to join us for any of our Divine Services (see the schedule on this website) and experience for yourself just a little bit of heaven on earth on this earthly heaven of Hawaii.

For further information on the Orthodox Christian Church: 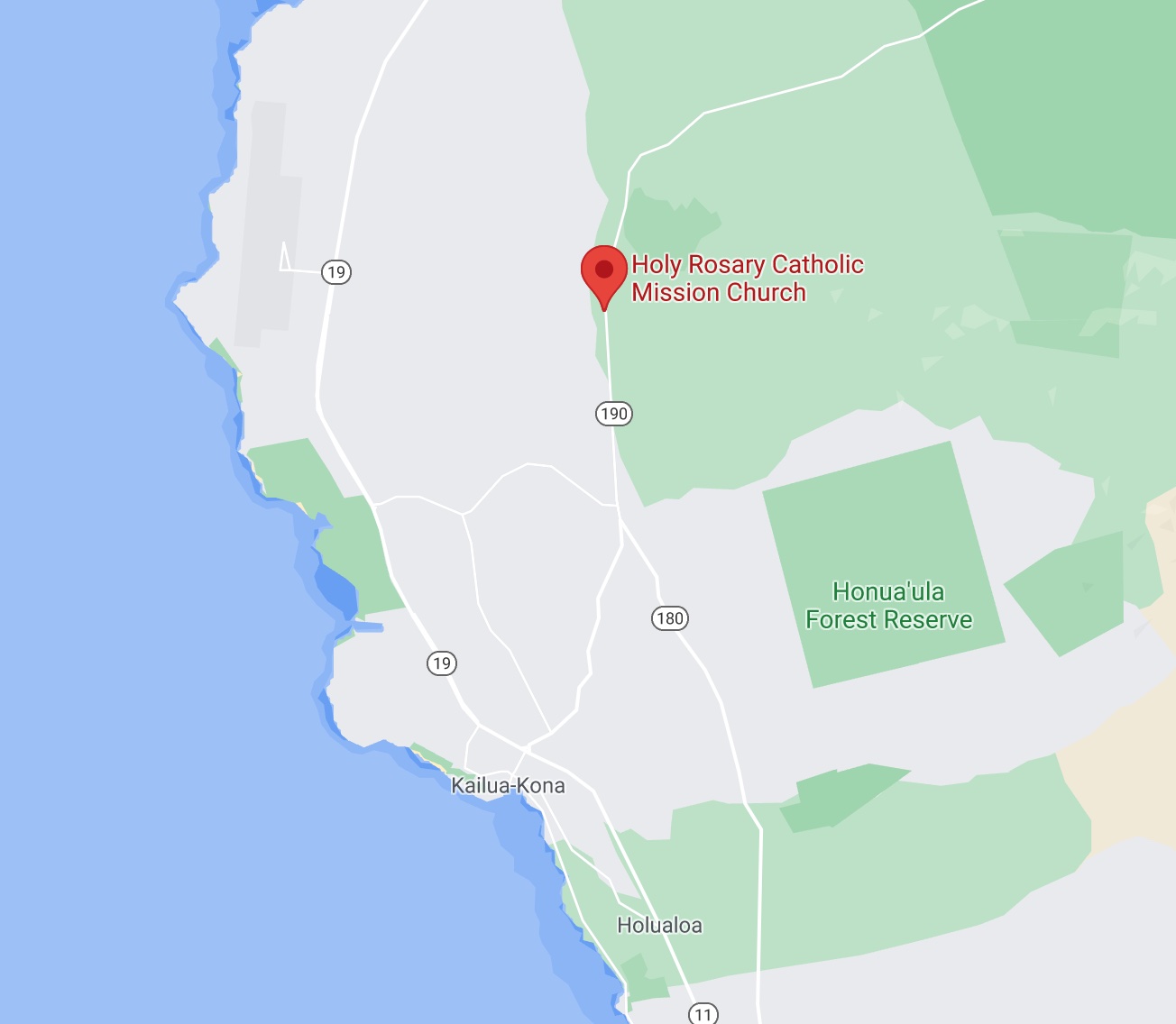 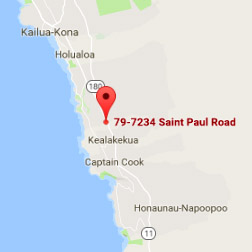 “I, a poor sinner, have been trying to learn how to love God for more than 40 years, and I cannot say that I yet love Him properly. If we love someone, we always remember them, we try to please them continually. Day or night we are concerned about them. Our mind and our heart is concerned with the object of our love. How do you love God? Do you turn to Him often? Do you always remember Him? Do you always pray to Him and keep His commandments?” St. Herman of Alaska (+1836)